From Ashes to Hope: Fire Relief Efforts in California 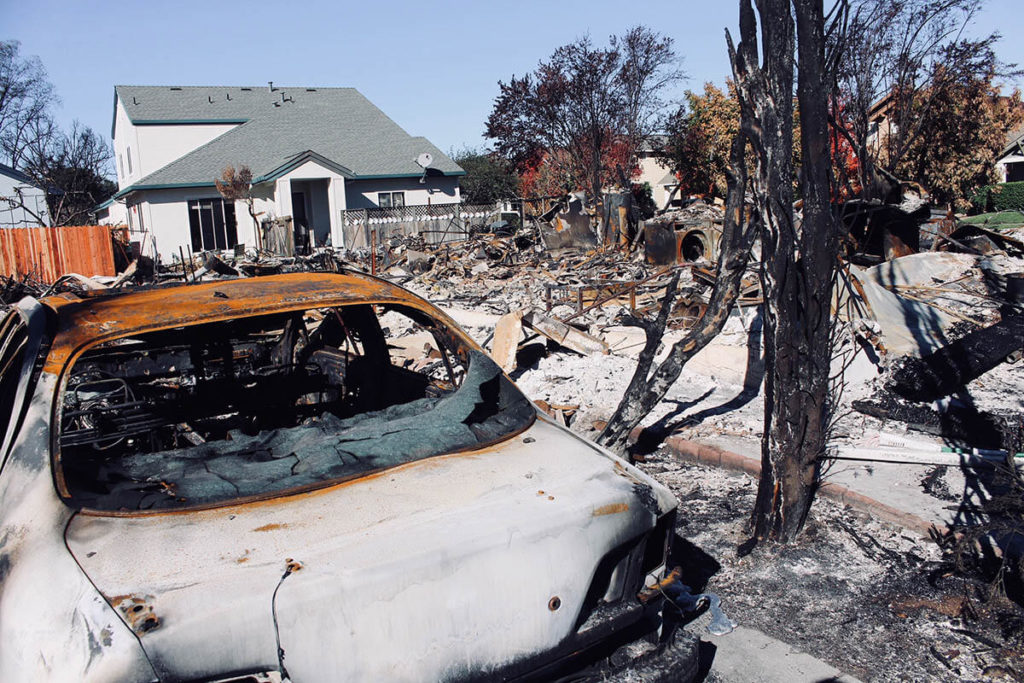 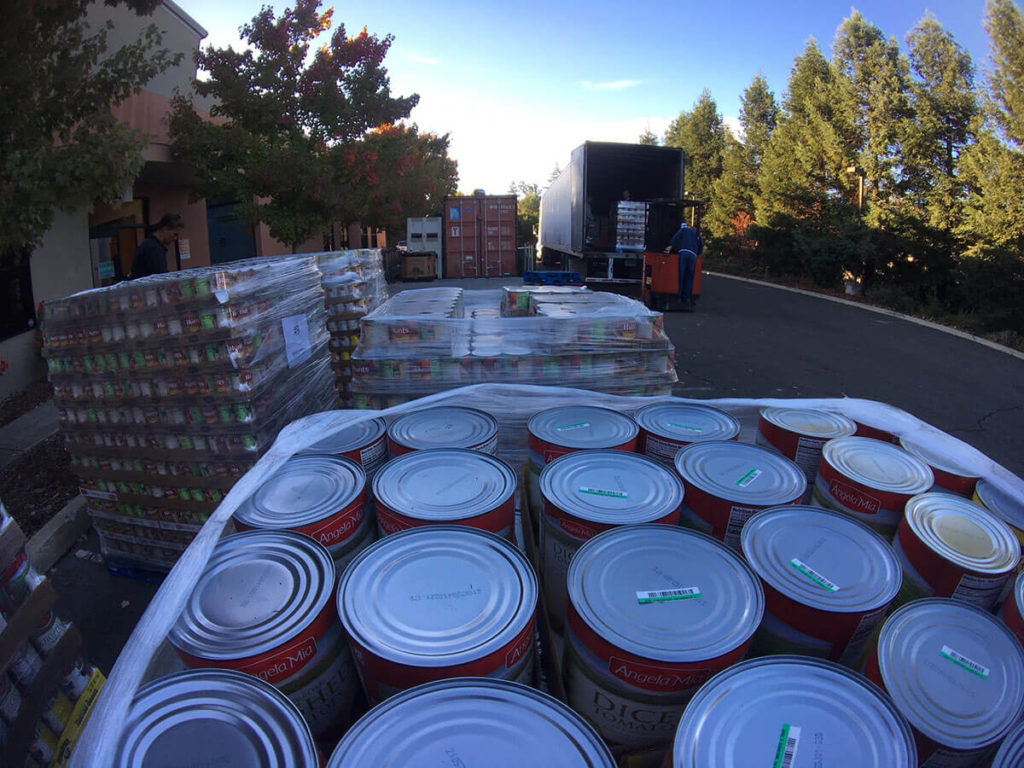 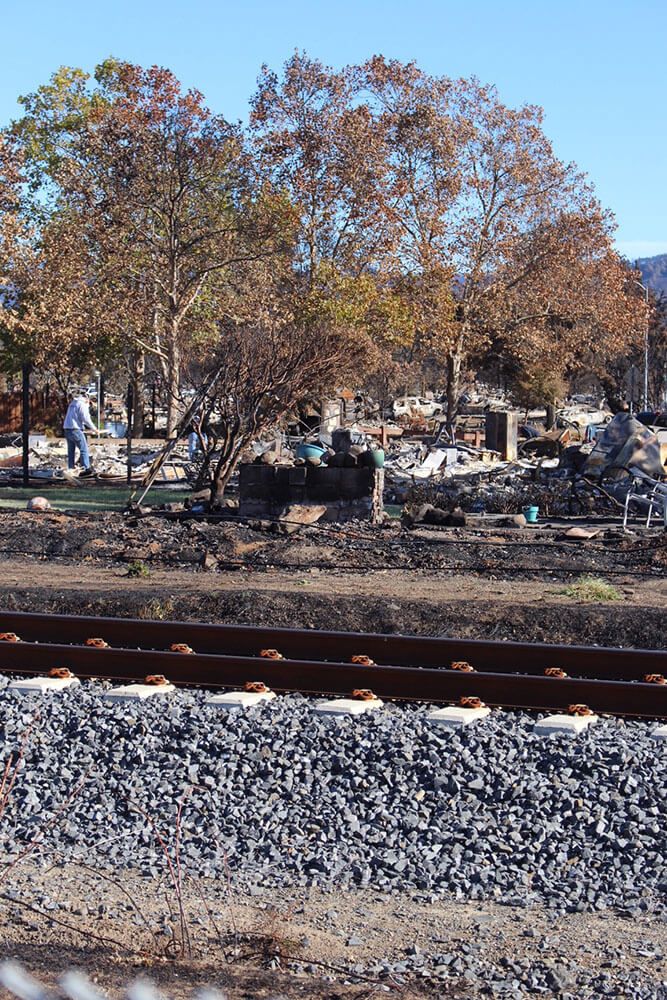 From hurricanes and earthquakes to floods and fires, the disasters that have impacted our world have left thousands of people seeking hope and healing through the storm. When the first hurricane swept through Houston on August 25, Saddleback Church united with other churches through Hope Stands, a partnership between local pastors to bring long-term recovery efforts to devastated areas.

Churches responded within 24 hours by praying, giving, and serving people in need. Since than, Saddleback members have generously donated over a million dollars, and have sent relief teams to all the disaster sites including Texas, Florida, Mexico, and Puerto Rico. Click HERE to read about the global impact of PEACE Relief efforts and Hope Stands.

Now, the latest area to suffer devastation is much closer to home. On October 8, raging wildfires swept across Northern California, displacing 100,000 people and destroying 7,700 homes. The 18 fires caused more destruction than any wildfire in history, taking 42 lives and scorching more than 240,000 acres.

“We’ll focus on the areas that the local church asks of us,” says Michele, “probably starting with a team of trained disaster relief chaplains, and a team of workers to help clean homes. We don’t pretend to know what they need, but we’ll wait for their guidance and do our best to help fill those needs.”

As the embers faded and firefighters extinguished the last of the flames, many residents returned to their homes to find their lives reduced to ashes. In this ongoing crisis, local churches are still assessing the damage and tracking the growing demand for donations, clean up, and temporary housing.

On October 20—less than two weeks after the fire began—Mingo Palacios, PD’s Pastor of Evangelism and Culture, visited Santa Rosa just as neighborhoods reopened to residents. The devastation was heartbreaking, and the stories of loss even more so, he says.

In a humbling moment, he delivered donated funds and a semi-truck full of canned goods to Bayside at Redwood Covenant. The truck had been organized in a cooperative effort by Bayside, Saddleback Church, and Tri-F trucking company. Serving as the local hub for distribution of supplies and donations, Bayside at Redwood Covenant has opened their doors to the Red Cross, Salvation Army, and Saddleback Church in a combined effort to serve the community. As the local hero, the church will distribute supplies and resources to Santa Rosa victims in need.

“I’ve never seen such a widespread church-to-church partnership and unity like I have through these natural disasters,” says Mingo. “When a community is reduced to ashes, when family photos are charred, when wedding dresses are burned, that’s when the church is uniquely positioned to lean in and serve above and beyond, by rallying together like we never have before.”

Unlike the hurricanes in Texas, Florida, and Puerto Rico, the fire raged without warning, moving 10 times faster than the floods. People awoke to the smell of smoke and flames encircling their neighborhoods, watching it engulf their lives and leave behind an emotional toll that can last a lifetime.

“That’s where the church comes in,” explains Mingo. “In the three phases of disaster effort—rescue, relief, and rebuild—the church can have the greatest impact in the rebuilding process. When most nonprofits and organizations leave town, after headlines fade and another disaster hits the news, that’s when the church can uniquely fill this role—not only to pick up the pieces, but to help rebuild them.”

Modeling this example is Bayside at Redwood Covenant, Saddleback’s partnering church that has been on the ground for all stages of the disaster. They are responding directly to the needs as they pour into their Santa Rosa campus. That includes knocking on doors and working with Saddleback and Convoy of Hope to deliver groceries to the community.

“People are doubling up on houses,” says Mingo. “Homes, offices, and stores are burnt to the ground. In the midst of the brokenness, the church is stepping up to cover salaries, and build fences around schoolyards so children don’t have to face destruction from their classrooms. Rebuilding and relief take months and even years to restore a community impacted by fires and floods. As much as we’ve already done to help, we’re not even close to being finished.”

As Mingo explains, the breaking point for many people comes during the rebuilding phase, when reality sets in about all that was lost. That’s when marriages suffer, addiction begins, and finances fade. That’s also the opportune time for the church to remain strong and encourage people with the love and hope of Jesus Christ.

To be part of the long-term recovery efforts in California and around the world, visit hopestands.org.