Arlene Hewitt had served with the mission team of her church, Saddleback Church, for years prior to the COVID-19 Pandemic. She had even been a part of some of the church’s first PEACE trips to Costa Rica right before the pandemic shut down travel options. Therefore, when the PEACE Plan pastors reached out to her to see if she was willing to do some PEACE Plan training digitally, she jumped at the opportunity.

“I figured, since we can’t travel, we can continue the work we’ve been doing and help new countries as well,” she says.

Arlene was offered the choice of country, as she was willing to serve wherever needed. Around the same time a church in the Philippines had reached out. Being from the Philippines, Arlene partnered with that church, and soon discovered they are located on an island of the Philippines that speaks a unique language she also speaks!

They began their trainings in a large group with other international churches but broke off into their own training group soon after. The church was mostly restricted to their area for the pandemic and were so hungry for training they wanted to know if Arlene could train them every day! They settled on a rhythm of meeting online 3-4 times a week.

During this time, Arlene discovered she had actually met the pastor and his wife 4 years ago at a PEACE Plan training hosted by Arlene’s church! The pastor found a picture from the event where the two of them had been standing right next to each other. Arlene marveled at the miraculous connections.

After spending so much time listening to their needs, Arlene suggested they begin with training on how to create a food pantry and how to take their church online. The church was quickly able to create services on Facebook live where the whole congregation could continue worshiping together.

The idea of the food pantry was at first met with concern – the church serves an isolated community, where would they get the supplies and the right people to make a food pantry possible? Arlene encouraged them to start with where they were and what they had, and God would provide. Once they stepped out in faith the provision kept coming!

One of the resources the church had was a small garden, so they used that as the foundation for their food pantry. Volunteers tended the garden and served their little community. Shortly after, the church learned of a man who had been released from a nearby prison and had nowhere to go. As the church took him in and cared for him, they learned he was a baker by trade. They found that if they could provide him the few supplies needed like flour and sugar, he could create baked goods like bread and pastries!

From that small beginning, the baking efforts for the food pantry grew. It reached a point where the church was making so much bread that they were able to sell the extra to the local bakeries at cost, using the profits to continue to fund food pantry. Now, every morning at 3am the church volunteers start baking, and at 6am they start delivering the baked goods on motorcycles to the surrounding community. Where they began using 5 kilos (11 lbs) of flour a day, they now use 340 kilos (750 lbs) a day to meet all the needs!

As a result of another round of PEACE Plan training in business start up, the church began to consider branching out into other projects. They purchased mother pigs that they had volunteers raise until they were ready for sale, the profits of which went to the volunteers’ families and to investing in more pigs. They started a chicken coop and now are able to give away eggs. It’s been less than a year, and now they have also created a restaurant by renovating an old building on their property.

“God led us. That how this all blossomed – using God’s word, their talent, and lots of prayers,” says Arlene.

As the church grew healthy, they quickly began to look to how they could help neighboring churches as well. Many were struggling, so the church assembled the pastors and Arlene began training in Purpose Driven Essentials – church health tools they could implement right away. Twelve pastors from the community have come together, meeting religiously weekly for the trainings. They report that since the training, their churches have seen increased their membership and their tithes– even beyond pre-pandemic numbers. Struggling churches are now able to repair their buildings. The churches are now working together and are considering doing 40 Days of Purpose campaign together as one community.

As for the church that started it all, they are looking to start a prison ministry, and Arlene has plans to launch clean water training next to meet another community need.

While she continues to pour into the church from afar, she looks forward to the day where she can embrace her new friends in person. “I’m so excited for what’s next. I can’t wait to go there and be with them and see what they’re doing firsthand!” 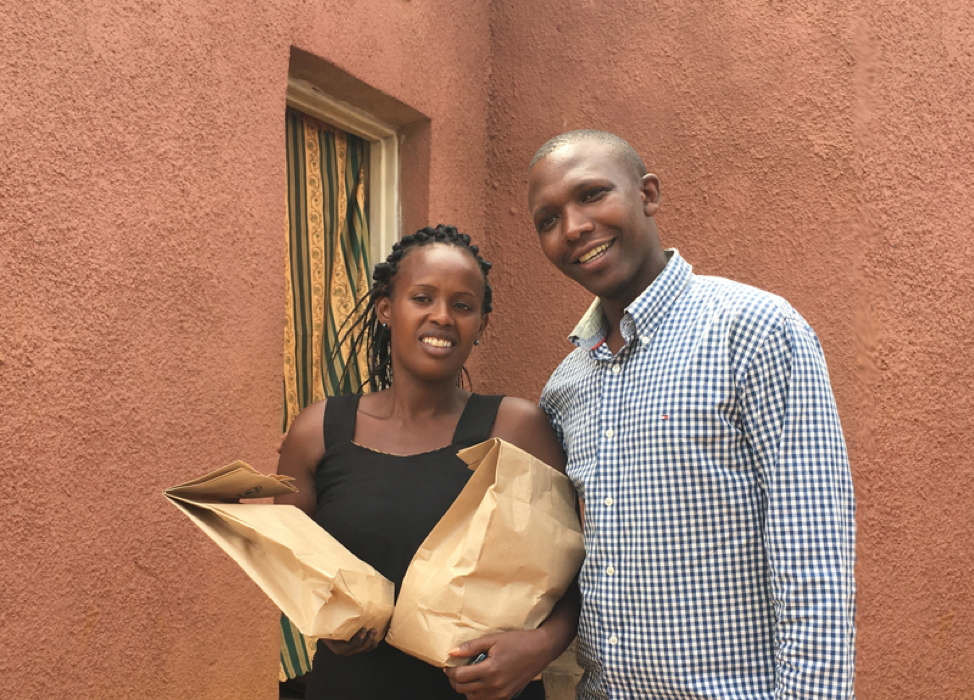 “Religion that God our Father accepts as pure and faultless is this: to look after orphans and widows in their…