Nearly two decades ago, Pastor Kim Ryan and his wife Anne started North County Christ The King (NCCTK) church in Lynden, Washington. With a community open to hearing the Gospel, it was the ideal place to plant a church. Pastor Kim was no stranger to the Purpose Driven Church movement, and had been studying the principles for over 20 years.

During his 14 years of leadership, the church embraced and used the five purposes to build disciples for Christ. Church health came rapidly and growth automatically followed. In a town of 10,000 residents, they had a weekly attendance of 2,000. NCCTK began planting churches in neighboring communities and even launched locations across the border in Canada.

Around that same time, Pastor Kim read Rick Warren’s book on the PEACE Plan, causing his desire to reach the lost to expand from a local vision to a global one.

“Our church had been so fruitful,” says Pastor Kim. “God suddenly gave me such an intense passion to reach every nation. I remember sobbing when I read the PEACE Plan, and felt that this is what I was born to do—to help heal and transform nations through the power of the Gospel.”

Burdened to bring change, Pastor Kim and his leadership team attended Saddleback’s first PEACE conference. He returned home and asked God, “Where can we go? What nations can use the PEACE Plan and the Purpose Driven (PD) model?”

It didn’t take long before God led Kim, Anne, and their staff to Cambodia where 12,000 villages don’t have a single church. In Cambodia less than 4% of the population are believers. They saw the opportunity to make a global impact through PD and PEACE. When NCCTK realized Cambodia was a nation open to God’s Word, they sent teachers to train local pastors in the PD model.

They also discovered that doors were opening in India where less than 1% of the people were believers. English-speaking pastors reached out, hungry for training on how to build a healthy church.

As both countries embraced the PD model and PEACE plan, Pastor Kim aggressively moved forward with equipping local churches. In 2012, he and his wife made the decision to devote their lives to becoming global PEACE Pastors in these two nations. This meant stepping down from their pastoral role in Washington.

The reward for their sacrifice has been remarkable. They’ve seen over 30,000 salvations a year in both countries combined. In India alone, they are planting 10 churches a day, and have seen 3,000 baptisms a year. Pastors are implementing the PD and PEACE Plan model, and in the process, communities and being transformed. 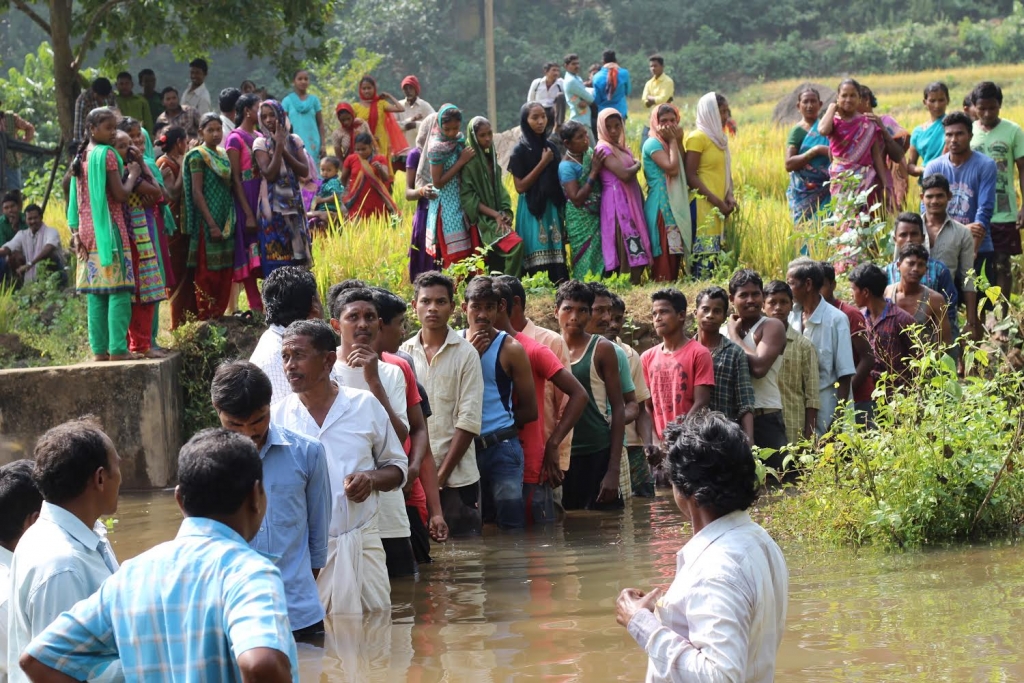 “I’m passionate to live out the PEACE plan,” says Pastor Kim. “––to break through and lift people up through word and deed.”

Little did Pastor Kim know that this was just the beginning of his calling. In 2014, during their first sabbatical in 30 years, the couple traveled to Kona for a break in ministry. One night during their trip, Jesus appeared to Kim at 3:00 AM and told him to walk to the window. The Lord asked, “What do you see?”

The Lord then told Kim, “Close your eyes. I’m going to touch your eyes, and when you open them, you will see what I see, you will hear what I hear, and you will feel what I feel.”

When Pastor Kim opened his eyes, he saw waves of children instead of waves of water. “They were flailing, screaming, drowning,” Kim recalls, “and they were all desperate for someone to rescue them. They were speaking in their own languages, but I could understand them. They cried, ‘Help me!’”

That moment pierced the pastor’s soul, as he saw thousands upon thousands of children begging to be rescued. Overwhelmed by the vision, Kim heard Christ say, “This is what I see. This is what I hear. What you are feeling is what I feel, daily and hourly. I hear the cries of children because of poverty, illness, and all the things that can be overcome. I am showing you this so that you will devote the rest of your life to the PEACE Plan.”

At that moment, Pastor Kim committed his life to the nations that needed it most, to live out the PEACE Plan and the PD movement. Overwhelmed by the task, Kim asked God to anoint him, to raise up men and women to not run from corruption, pain, and illness, but run to those who seek to overcome these global giants.

To address the tremendous needs in India and Cambodia, Kim and Anne launched the Life-Giving Network, a nonprofit that trains pastors in impoverished nations on how to grow healthy churches that will love the lost. Through their work in India, they care for nearly 100 orphans and have provided after-school programs to 350 children.

“In January alone, we had 5,000 conversions in India,” says Pastor Kim. “We train all of our leaders to rescue orphans and to become advocates for women. One pastor has 21 orphans living in his home.”

The Life-Giving Network has had 85 pastors graduate to the Master Trainer level, all of whom now equip 1,000 pastors in 11 states. That level of training has led to 650 churches implementing PD and PEACE.

Within those 650 churches, there have been 28,408 salvations, 3,598 baptisms, 12,064 leaders trained, and 3,288 new fellowships started. Just two years ago, a PD/PEACE training center was built in Goa, India where they expect to teach another 25 Master Trainers in the coming year.

The Life-Giving Network has also branched out into the Bangla language, which will allow them to reach Bangladesh. This would be in addition to the five other local languages in which they already offer PD training.

One of the most remarkable allocations of funds comes in the strategic investment of training pastors. For just $50 per year, pastors can attend PD training sessions four times a year, which covers the cost of food, lodging, transportation, and training materials. 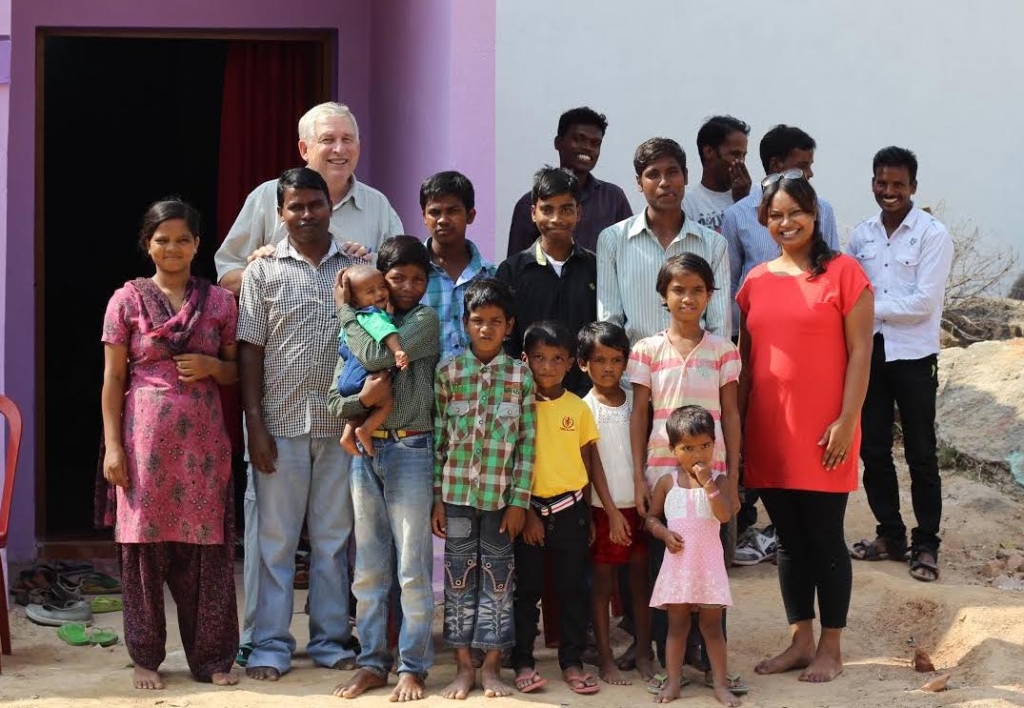 While the ministry in India shows no signs of slowing down, in Cambodia, growth is happening faster than they can track. Starting with just eight pastors in 2016, by mid-2017 they had trained nearly 200 pastors. This has resulted in 3,299 salvations, 1,031 baptisms, and 9 Master Trainers equipping over 130 pastors in three provinces. By the end of 2017, they plan to provide training in eight provinces. They’ve seen local pastors adopt kids, and even one pastor build three schools in the slums to reach the lost. These educational programs have led to 85 baptisms in one community alone.

Local pastors in both Cambodia and India have experienced such transformation, that they now want to share the training with neighboring countries including Nepal and Vietnam.

“We are seeing churches flourish, communities change, and children find hope,” says Pastor Kim. “We are able to gain their hearts by giving them a hand. There is nothing more significant that I can do with my life.”

Pastor Kim says the work is far from done. “My long term goal,” he adds, “is to raise up an army of PEACE champions who are devoted by faith to bring healing to the lost. We can do it. It is within our grasp.”

To learn more about planting Purpose Driven Churches around the world, visit pd.church/start.