“We are truly in Downtown Los Angeles,” says Pastor Tom Kang, Senior Pastor of NewStory LA. The historic congregation – one of the largest, oldest, Korean-American churches in the United States – sits just a mile away from the University of Southern California and less than two miles away from the Staples Center. NewStory is located in the heart of one of the most impoverished districts of LA. “It’s in the lowest three,” says Tom. “It’s a rough neighborhood.” 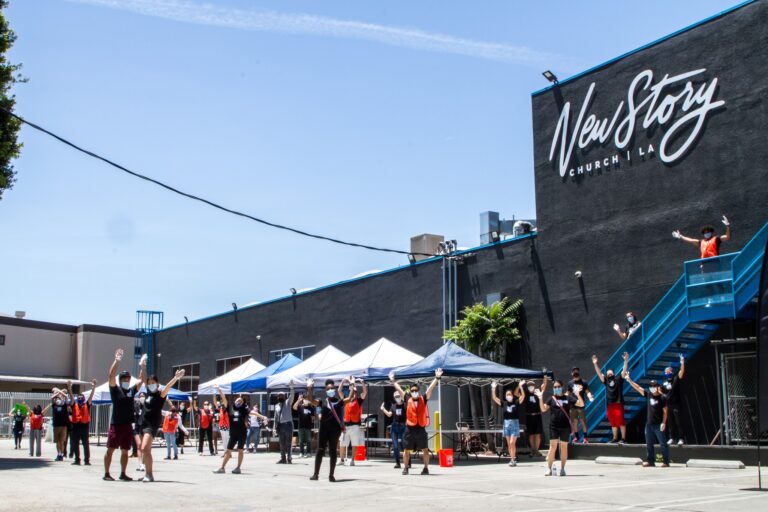 When the COVID pandemic hit, NewStory was coming off a year of some pretty dramatic changes. New leadership, fresh ideas, and a brand new name had already rattled the traditional congregation. These changes were merely God’s foreshadowing for even bigger shifts to come.

“When this thing first started, we went online and closed the building. That week it was baptism by fire. Having an online presence is not the same as an actual online ministry, but we got our legs underneath us fairly quickly. In terms of caring for people, we first called every single person in our database – whether they had been a one-time guest or had been with us for 20 years. We were hearing so many stories, so many needs, and so as a staff, we started connecting ways to meet needs. It was all very organic, but not very organized.”

NewStory also began to partner with other organizations. In the spirit of partnership, they teamed up with Saddleback Church’s Los Angeles campus to learn about their model of pop-up drive-thru food distributions. After sending volunteers to attend a distribution hosted at Saddleback’s venue, they took the next step to co-host a food distribution with Saddleback LA in their own parking lot. It was a game-changer for their church.

“That was epic for us,” says Tom. “Until that point, we were either meeting the immediate needs from the phone calls or partnering with orgs. When we hosted at our church, word had spread. We had a line around the block an hour before we were even supposed to open!”

They opened their first food pantry early, and just five minutes after the scheduled start time they had handed out all the available food.

Every week since then, NewStory has hosted a food pantry in their church parking lot. What started with feeding 40 people blossomed to 400, and eventually grew to 800 people at their latest distribution.

“I’m literally tearing up about it,” says Tom. “We’re a congregation of just over 800. To distribute 800 care packages in one event is a really big deal for us. People are meeting Jesus. You can see God’s hand in it all.”

He notes that serving the community has changed his members and invigorated his church. 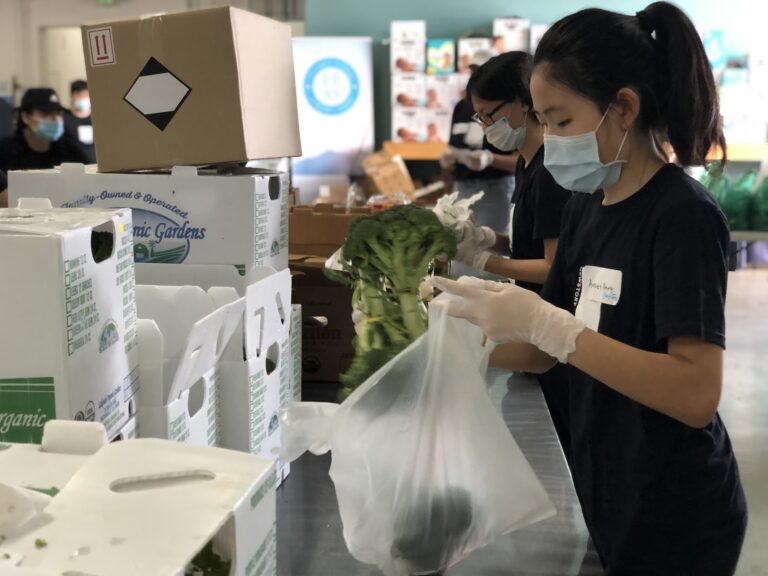 “I keep calling it the digital Pentecost. It started out high-tech, but now it’s totally high touch. We have over 70 people who come out regularly to serve. Our church lobby is a warehouse now – I walk in to pallets of beans on the floor! And I love it! The ownership level has increased tremendously. We even see folks who have never stepped foot in church stepping in to serve. We’re doing it in the name of God, but they see we’re doing it in the name of good and they show up. We’ll take that! We use it as a bridge to bring them to God.”

Perhaps the best result of all the craziness of this season, says Tom, is that it has changed the meaning of Church for his members.

“Pre-COVID it was all about going to weekend service. The question was, ‘Did you go to church?’ Now it’s about being the church. My members are saying, ‘I am the church! Let’s go be the church!’ It’s a revival.”

If you would like to learn how to start a drive-thru food pantry at your church visit thepeaceplan.com/covid-19/drive-thru-food-pantry/.

Homelessness is an issue a majority of American cities are facing. Those experiencing homelessness are prone to insecurity and isolation.…

HOW TO MANAGE OUR EMOTIONS By Todd Olthoff, Pastor of Pastoral Care, SaddlebackChurch There is a lot in our world right…