Oak Ridge Baptist Church in Salisbury, Maryland is known throughout the community as a forward thinking, mission-minded church. Their heart to reach the world for Christ started long before they learned of PEACE and the Purpose Driven Church (PDC). At the time, Oak Ridge Senior Pastor, Brian Moss, and Pastor of Mobilization, Gary McCabe had been partnering with churches in China, Macedonia and Peru.

But in 2016, they accepted Saddleback’s invitation to attend the All-Africa Initiative in Rwanda. When they learned of the need for International Partnering Churches (IPCs) in African countries, they stepped up to help fulfill the Great Commission.

Pastor Gary had already spent two years in Benin and Togo as a journeyman missionary through the International Mission Board. As places dear to his heart, he and Pastor Brian felt led to take on both countries in sharing PD and PEACE strategies.

As Pastor Brian explains, “It was sort of like a blind date that ended up as a perfect match. We picked two countries instead of one because of their proximity. We then took an executive trip to Benin and Togo to discuss details and make the partnership agreement.”

Following the PEACE Plan model for the All-Africa Initiative, Oak Ridge Baptist officially launched PD efforts in Benin and Togo in January 2017. Since then, they formed a Steering Team to help open doors to a nationwide movement of healthy churches.

They also started an on-ground Pioneer Team in both countries that regularly receives coaching and mentoring via online training and phone calls from Oak Ridge. Helping solidify the PD foundation were Saddleback’s Global Team Pastor, Bob Bradberry, and All-Africa Initiative Continental Director, Eric Munyemana. Together they laid the groundwork and formalized the partnership between Oak Ridge Baptist Church and the West African countries. 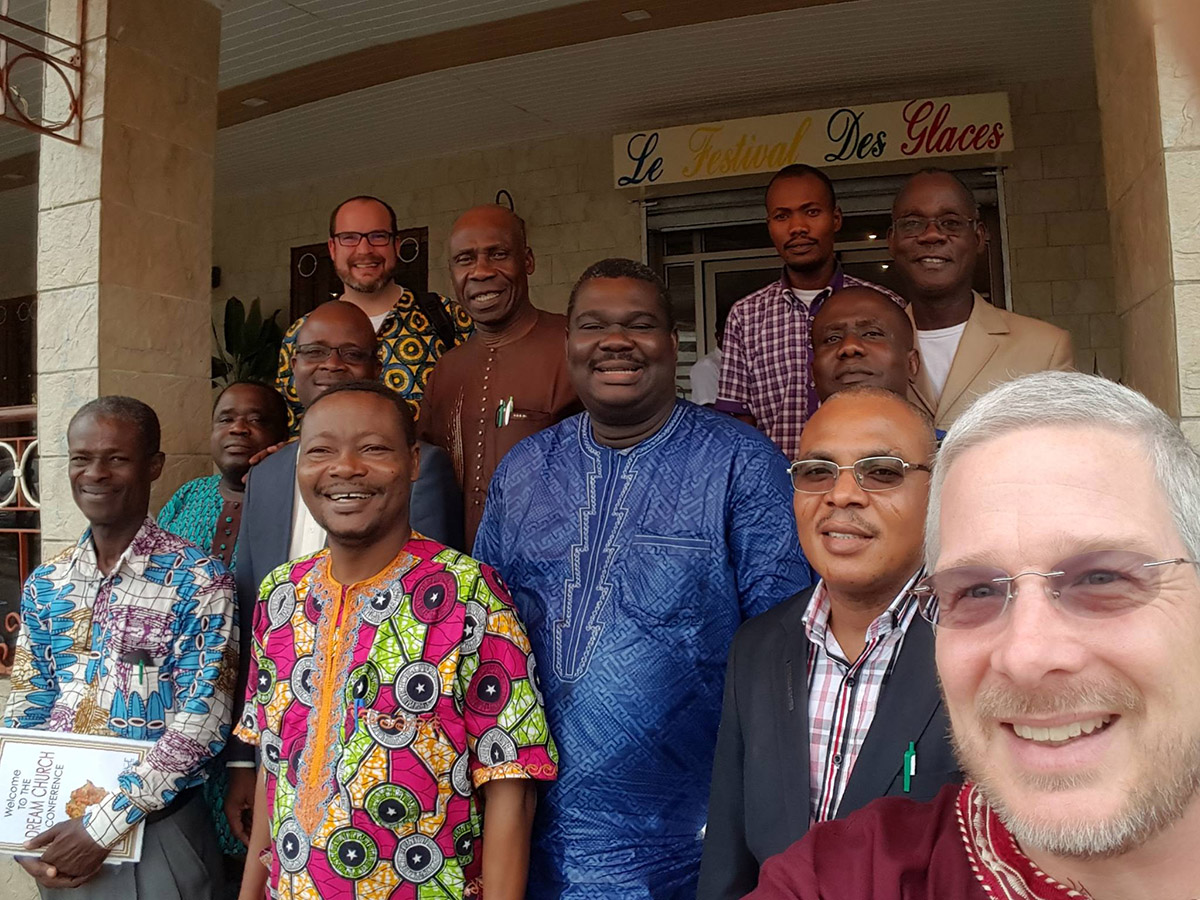 Little did they know, partnering with Benin and Togo was just the beginning.

On the flight home from West Africa, Oak Ridge Baptist picked up an unlikely church partner en route. With an overnight layover in Paris, Pastors Brian and Gary connected with Pastor Nicolas Rinderknecht who was steadily planting a church in Torcy, located in the eastern suburbs of Paris.

Several years prior, long-time family friends from Paris had visited Pastor Gary and Oak Ridge Church and commented that if there were a church like Oak Ridge in Paris, they would attend. Pastor Gary began to search for a Purpose Driven Church there for his friends. That’s when he reached out to Mike Constanz, Saddleback’s PEACE Plan Pastor.

Pastor Mike recommended Une Nouvelle Eglise led by Pastor Nicolas. For the next two years, Pastor Gary would receive prayer updates about how the new church plant was going.

The layover from in Paris, while not planned, provided the perfect opportunity to meet face-to-face and see the church first hand. Both Pastors Brain and Gary were impressed with the work Nicolas had already accomplished. It was obvious he was familiar with the Purpose Driven Church principles. The encouragement and coaching Pastors Gary and Brian were able to provide—shared from their own story of what God had done at Oak Ridge—were welcomed. A new partnership was formed.

In the coming months, Oak Ridge Baptist will be sending its first team to Torcy to help with an ambitious evangelism campaign. They hope to reach 10,000 people in the surrounding area. Une Nouvelle Eglise is also getting equipped with help from Mike Constantz, who connected them with another established local PD church. In the midst of the growth, the Torcy church is actively seeking a worship leader and associate pastor to help take their ministry to the next level.

Pastor Gary recalls, “I told her that I didn’t have time to do the research, but if she found a partnering church with a like-minded community, and could gather people and the funds to make it happen, I would go.”

To his surprise, within six months Silvana had it all figured out. Her heart for Macedonia resulted in Oak Ridge members partnering with two local churches including the Evangelical Church Kumanovo. Led by Pastor Saso Georgievski, they helped introduce the PD classes. They also partnered with Evangelical Church Negotino, led by Pastor Goran Iliev who helped host the DREAM Conference—an introduction to PD and PEACE.

From April 27–29, over 160 church leaders attended the church conference in Struga on the shores of Lake Ohrid. While there, they learned PD principles and key foundations of D.R.E.A.M:

Macedonia pastors also watched a video from Pastor Rick Warren, inviting them to become part of the Purpose Driven Church movement. The event ended with an open call for senior pastors to become DREAM Purpose Driven Churches. The feedback was remarkable, as pastors were inspired by the five purposes built on Biblical principles.

“We had 15 pastors come forward to take the next steps to becoming a PD Church,” says Pastor Gary. “We then had our local partners invite them to be part of a private Facebook group for PD coaching and mentorship.”

In working with local churches, Oak Ridge has been able to use their own church as a PD model, which not only keeps them accountable, but also assures that they are staying true to the five purposes.

“Once we truly adopted PEACE at home, we were able to reproduce it in Macedonia,” Gary adds. “We showed them how PD worked in our church and the investment we hope to make in their churches.”

Pastor Brian recognizes that conferences can encourage and inspire leaders, but once pastors return home, they often get overwhelmed at the idea of implementing the five purposes. That’s why coaching and mentoring local churches is so crucial.

“We’ve found that it takes between 3-5 years to fully transition into the PD model,” Pastor Brian says. “Our two partnering churches in Macedonia are in a healthy place now. Our goal in the partnership is that we will have fully developed model churches within each country where we partner. They can then become the trainers so that we can step out of the picture and let them lead within their own culture.”

While the concept is relatively new in Macedonia, the country is wide open for the Gospel. Last month, a team from Oak Ridge visited their two partnering churches for 10 days to lay the groundwork for Celebrate Recovery. Another team is is planning to head out early next year to work on the foundation laid for this important ministry. 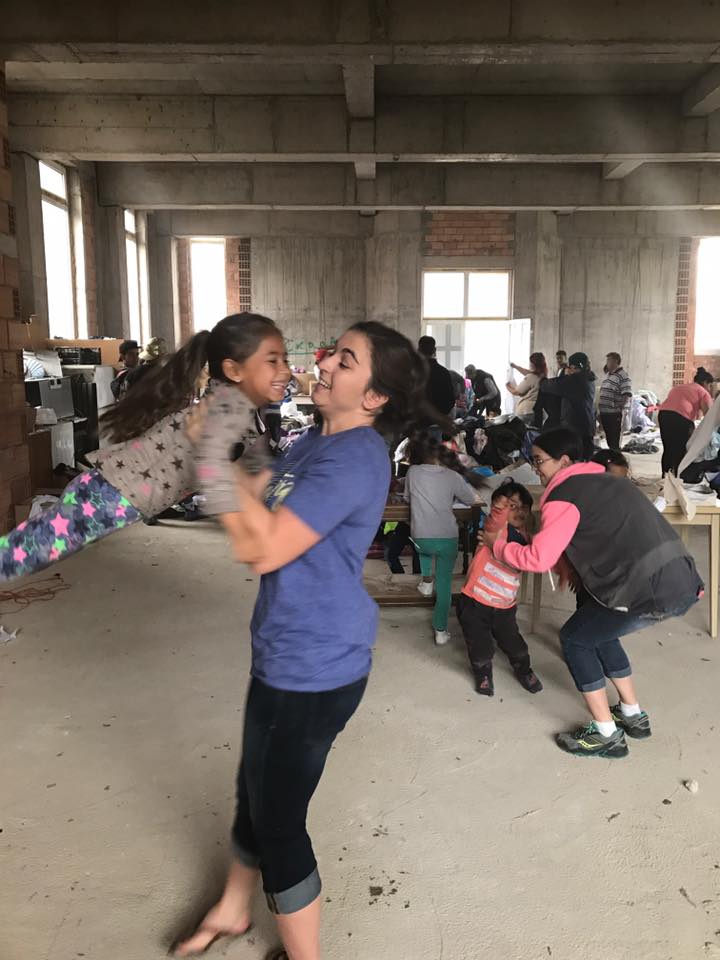 One of the greatest benefits is that the partnering churches are now working with the Roma community, one of the unreached tribes. Not only are they introducing them to Christ, but also they are helping them escape extreme poverty and gain spiritual footing. 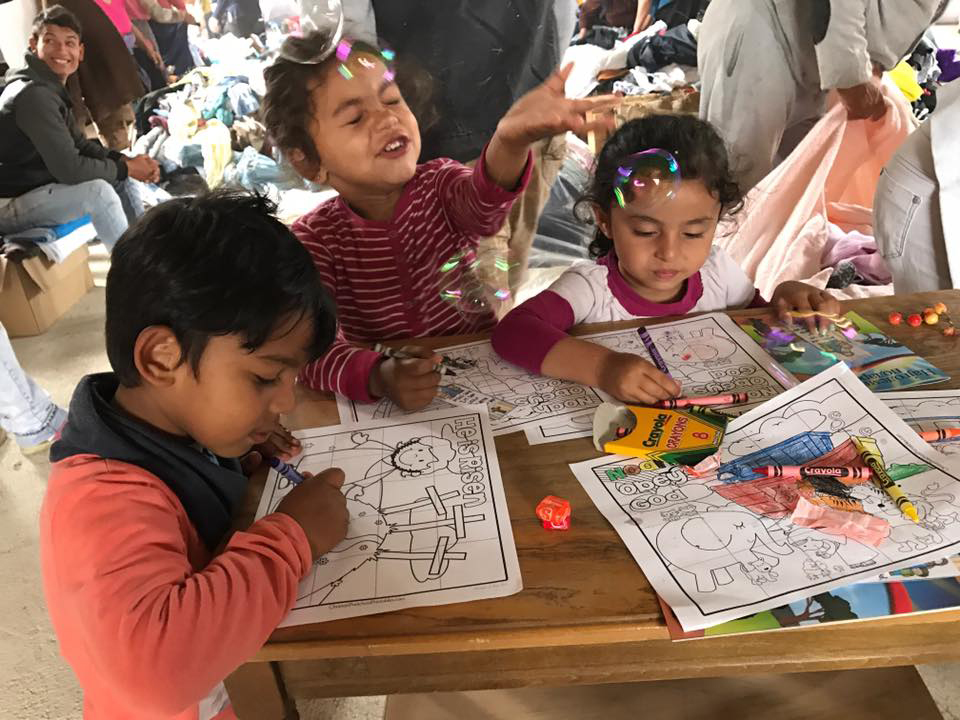 From China and Africa to France and Macedonia, Pastor Brian says pastors all over the world are starving for tools to build a healthy church.

“Among those 15 pastors who came forward at the conference, it’s not out of scope to see any one of them become a model church. We will keep coaching them, and in the process, a star might rise. It happened in West Africa, and I see it happening in Macedonia. God will always surprise you.”

To learn more about planting Purpose Driven Churches around the world, visit pd.church/start.