In 2016, during Saddleback’s message series the Miracles of Mercy, Pastor Rick Warren said: “God Can Use Anybody.” It was a statement supported by the story of Danny Duchene, a former twice-convicted murderer who now serves as Saddleback’s Pastor of Prison Ministry.

The road that led him to ministry started with two books, The Purpose Driven Life and The Purpose Driven Church. At first glance Danny might seem an unlikely candidate for a church pastor. Arrested in 1982 for the deaths of two people in a robbery he’d taken part in as an 18-year-old drug addict, Danny received a double life sentence from a California court for his part in a deadly crime.

“My life was out of control. I robbed, and stole, and hurt others because I chose to please myself,” he says. “I was reckless and never worried about getting caught for my crimes, and I certainly didn’t consider the consequences to others. I was only thinking of myself. All this came to a crisis when I was part of a crime in which two men were killed.”

Sitting in a county jail before his trial, he took several weeks to withdraw from the drugs and alcohol. Once he became sober, the full weight of his crimes came crashing down on his conscience. Depression and remorse overwhelmed him, as he realized how many people he had hurt.

“I believed I was lost and going to hell,” says Danny, “and I was truly, truly afraid.”

When he hit rock bottom, a group of Christians came to the prison to share the the message of Christ’s love and forgiveness. Danny accepted Christ while awaiting trial in the county jail and his life was radically changed.

“At first, this Good News seemed over my head,” Danny recalls. “It seemed unbelievable and too good to be true that God loved me and wanted to show me mercy after all I had done to hurt others. From growing up, I honestly didn’t know how to trust.”

As a new believer, Danny’s life was transformed when he read Pastor Rick’s bestselling book, The Purpose Driven Life in prison. Shortly thereafter, he read Pastor Rick’s second book, The Purpose Driven Church. That’s when he and others recruited 200 fellow inmates to do the 40 Days of Purpose Bible study. Many inmates were saved during the campaign and later that year, Pastor Rick preached and baptized new believers in prison. That night, in the prison yard of the maximum security prison, over 100 inmates launched a new Purpose Driven Church ministry that had started with Danny.

As an act of humble reverence, the group of men removed their shoes and stood in a circle as they prayed for each man in each cell block of the prison. Before the campaign, the prison was known for violence and unrest. But during 40 Days of Purpose, there was not a single fight or riot in the prison. The prison warden even called Pastor Rick, asking, “What have you done to my prison?”

Danny says today, he holds onto God’s Word in James 2:13 that “Mercy triumphs over judgment.” In 2014, Pastor Rick wrote an emotional letter to the parole board and the California governor, asking them to grant clemency and release Danny. His plan was to hire Danny as Saddleback’s Pastor of Prison Ministries, and mentor him in the new position. Miraculously, the parole board agreed to his request and on December Eve of 2014, after 33 years in prison, Danny was released. He spent the next year in San Francisco fulfilling parole requirements and serving as a drug and alcohol counselor. He also married a year after his release.

“My life is an example of that truth,” he explains. “I now know that God has brought me from the inside out to proclaim that God’s mercy is the key to inner freedom—whether your prison is physical, emotional, spiritual or relational.” 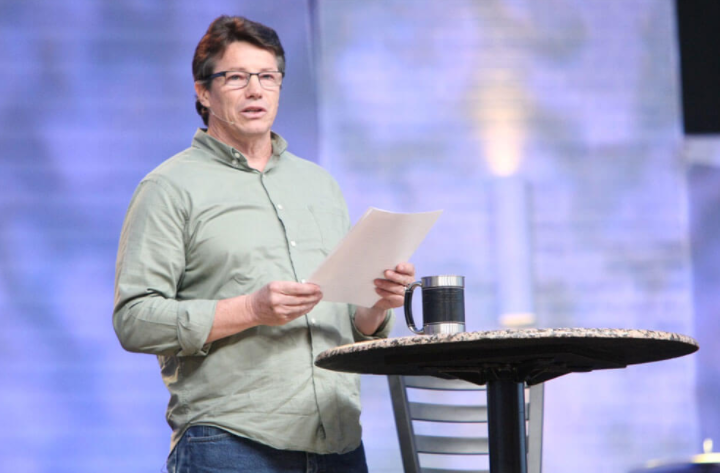 Today, Danny is part of the staff at Saddleback Church in Lake Forest, California, where he leads the Mercy Ministry, a program that ministers to those who are incarcerated. He also oversees the church’s efforts to put a church in every prison in the United States.

As Pastor Rick says: “The greatest feeling in the world is to be used by God for a purpose greater than yourself. And yet, many people secretly feel or fear that God could not possibly use them because of their past mistakes. The fact is, everything God does in our lives he does because of his mercy and grace, not because we deserve it or have earned it. The Bible is full of stories of God using imperfect people. God used each of them in his service.”

Today the ministry at Sierra Prison continues where they have dedicated a 200-man cell block to men who will commit to being involved in the Celebrate Recovery program. Those in the ministry are part of a small group, must meet with an accountability sponsor, and are encouraged to complete Pastor Rick’s study on biblical fellowship. Since this program launched, other prisons across America are following Sierra’s example, and thousands of lives are being changed in the process.